Home News/Blog iTN Worldwide becomes the first US forwarder in the Europe Asia Alliance, EAA
TRACK A SHIPMENTREQUEST A QUOTECONTACT US

iTN Worldwide becomes the first US forwarder in the Europe Asia Alliance, EAA 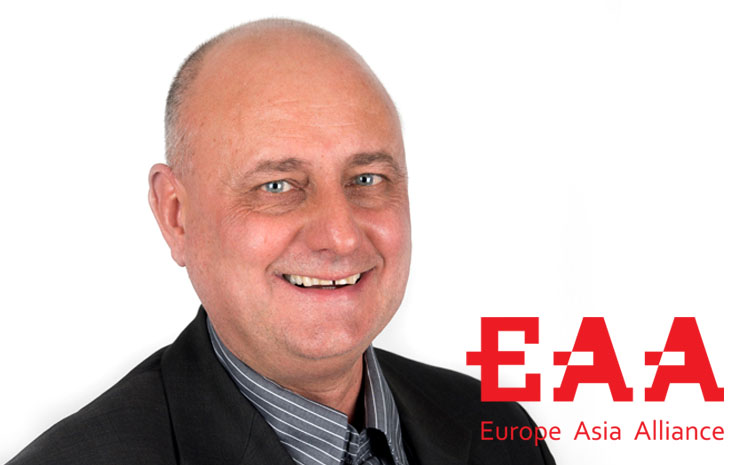 iTN Worldwide became the first USA freight forwarding company to enter the Europe Asia Alliance in January. Peter Kuijper the EAA’s network manager and the board unanimously agreed on iTN’s selection as the first representative of the EAA in the USA.  Only pre-selected and like-minded companies can become members by recommendation.

As the network manager, Kuijper is responsible for the day to day business of the EAA. He joined EAA since its founding in 2007. His day to day concentrates heavily on communication with members and monitoring the progress of the networks business plan.  He’s also involved in the recruitment of new members with two other board members, and when he’s not in the office, he’s frequently traveling to meet prospective members or organizing the annual and regional meetings.

“The EAA has high expectations of iTN joining the group. We believe we can develop the overseas trade between the USA and the EAA countries with the active support of the iTN sales team,” Kuijper said. “With sea, air, consolidations, inter-modal, projects, and e-commerce there is plenty of opportunity. We know Daniel Grimes of iTN for quite a while and we are confident that Daniel and his team of professionals will contribute in beneficial business development within the EAA, now and in the future.”

The vision of the EAA is to become a global network of high-quality forwarders offering comprehensive logistic services to cover the complete supply chain. The EAA’s and Kuijper’s mission is to connect small but strong forwarders to combat the large international forwarders, saying “together we are much stronger.”

The EAA acts as a trade facilitator and is a non-profit collective. All members are active in general forwarding and have one or more niches in their product. The idea behind the EAA is that by active participation the members can benefit in a friendly way from the business opportunities available within the network.

There are other major networks in the logistics industry like the WCA who may pose competition to the EAA. The WCA is the world’s largest and most powerful network of independent freight forwarders, with over 7120 member offices in 191 countries around the world. iTN Worldwide is also part of this network, but Kuijper said there is a big difference between systems like the EAA and the WCA.

“With all respect, EAA is the opposite of WCA,” Kuijper said. “The EAA is a non-profit collective with no aim to make money but to facilitate strong business opportunities for its members and become a brand mainly for better  purchasing conditions with the vendors such as steamship lines and airlines.”

Kuijper’s strong belief in the EAA has come from his many years in the industry. As the Sales Director of Jordex Shipping and Forwarding in Rotterdam, Jordex was one of the founding members of the EAA together with partners in Hong Kong , including China, France, UK, and Germany.

Today, the board of EAA consists of five members: Hong Kong (incl. China), France, The Netherlands, India, and Singapore. Kuijper is excited to expand the networks reach and power to more independent forwarders. He’s been the EEA’s chairman from 2012 to 2018, and recently became the network director to lead the Go Forward project, a project whose sole mission focuses on expansion.

iTN Worldwide becoming the EEA’s first USA partner is part of a higher plan for the network.

“As the name tells, EAA used to be limited to Europe and Asia. We are filling in the missing chairs this year in these continents. At the same time we decided to grow the network into a global group,” Kuijper said. “This project is called ‘EAA Go Forward,’ and we started this since the end of last year with two quality members in Australia and one in New Zealand. USA is a priority market for the EAA Go Forward Plan.”